In a cloudy Pennsylvania sky
He gestured at a bright spot in the gray—
“That is the sun” he shouted pointing high
“The S-O-N is better” —did he pray?

Almost as it seemed, but never quite,
Maybe waiting for us to begin—
Perhaps we would have—did the man invite?
If so the call seemed incomplete and thin

He should have said: “I’m praying to the Son
Who nursed the milk at Virgin Mary’s breast,
And even death by callous execution
Is better than the sun by which we’re blessed”

Jesus’ presence there to mean
What Peter, James and John had seen

Small George looked and “George” he read
Green leaves in the garden bed
A pattern for his birthday meant—
He asked: “Dear Father, accident?”

And so we ask: “The things we see
Has everything just come to be
By accident without a cause—
All of nature and its laws?

“Or has it by a Great Someone
Been started in the stars and done?”

I watch the rain, late winter’s spring
The weather warms but no birds sing
The flowers are spring aconite
The blooms the color of sunlight
Small and growing out of snow
Or more or less as we can know

And we too flourish as we can
Human beings, woman, man
Out of our sterility
Which much infects humanity—
What contagion can deprive
Of God Who keeps our souls alive?

It is within, denying of
Our precious spring, our fertile love

Chances maybe equal
To happen until Spring—
What decides above us
Which either half will bring?

What will the hills think of us
When cities blaze afar?
As much as hills in nighttime
Think of a distant star 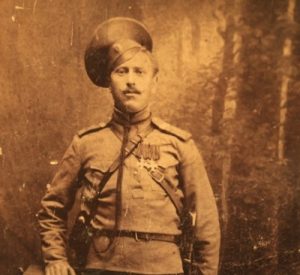 In Manchuria, private rank
For mercy shown had God to thank
And eloquence to the army court
Which could have cut his life span short

Possible causes of death were these:
Russian court martial, the Japanese,
What finally killed him: lung disease—
Death hazards for him came in threes

At fifty-three, so young to die
The Lord God knows the reason why
But old enough, but old enough
Sufficiently, they were that tough

Tuberculosis, bullet, war—
His life—was I the reason for?

Here is time, and time is Mine
I give some to you, I, divine
Seventy or eighty years
Laughter to you and My tears

See the sun, see the lights
Of little stars throughout the nights
Wind, the rain and even snow
First to last the seasons go

Live forever yet not need
My blood, your bleeding more to bleed
Amen, time to live at last
Before and ever time is past

Shrewd, but not as wise as hunting dogs
They caught and killed their Leader from behind—
That’s all the matter came to on the Cross
And all it ever comes to in your mind?

The Second Person of the Trinity
Unspeakable the mystery remaining—
A human being made like you and me
Hauled down by a pack un-self-sustaining?

Accomplishing the work of the Salvation
For such a stupid pack of running beasts
In this and then His magnified dimension—
Now if done who knows wherever ceased?

Who is He and who are we, the labor?
We are the running creatures, He the Savior

If the live brain dies within six minutes
Is there a spirit that survives
When the flesh of earthly bodies dies?

Jim tried to sweep the porch of snow
Then saw a stain that would not go
But found at last, to his surprise, it was a shadow

Tell me inner shadow, are you I
And do you leave me empty when I die
Or is there something left of me, then why?

He swept and swept at last to realize
That shadows are an empty dimness, no one dies
But what may still remain is a surprise

Something living, unclaimed, yet the true
Which speaks inside and yet you never knew
The golden one within that never grew

DID YOU KNOW?—We update this site frequently—usually, every Saturday. Check back to see Pavel’s new poems and classics from the archives.

You can view Pavel’s photos at Pavel’s Camera. Recently added: Winterfest 2017, with scenes from our town’s Christmas parade and street festival.

Pavel’s latest collection of poems, So Tell Us, Christ, is available from Amazon in both paperback and Kindle formats. The cover art is “El Salvador” by El Greco, from the Museo del Greco in Toledo.

Pavel’s A House Rejoicing is available at Amazon.com, in print and on Kindle, and at Barnes & Noble. The cover art is “The Little Festive House,” by Lisa Lorenz. Also by Pavel are From Here to Babylon; Lion Sun: Poems by Pavel Chichikov, published by Grey Owl Press; and Mysteries and Stations in the Manner of Ignatius and Animal Kingdom, from Kaufmann Publishing.

Pavel’s poems inspired by Goya’s etchings are at homagetogoya.com.

Sylvia Dorham’s moving The Book of Names is available at Amazon.com. See Pavel’s review on the book page!

All poems on this page are by Pavel Chichikov. They may be freely distributed, if not for profit, upon the permission of Pavel Chichikov (fishhook@atlanticbb.net) and must be credited to Pavel Chichikov. No alterations in the text may be made. All copyright restrictions apply.

Please note: Pavel has no connection with CivFanatics and never has had.